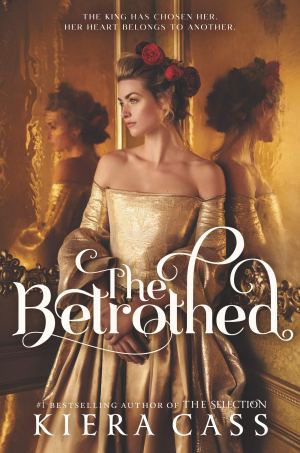 I listened to the audiobook of this one, but also received a review copy from the publisher in exchange for an honest review.

When King Jameson declares his love for Lady Hollis Brite, Hollis is shocked—and thrilled. After all, she’s grown up at Keresken Castle, vying for the king’s attention alongside other daughters of the nobility. Capturing his heart is a dream come true.

But Hollis soon realizes that falling in love with a king and being crowned queen may not be the happily ever after she thought it would be. And when she meets a commoner with the mysterious power to see right into her heart, she finds that the future she really wants is one that she never thought to imagine.

I dunno. I keep going back and forth between rating this 2 stars or 3 stars. Let’s call it a 2.5.

This is the epitome of a bland, tell and not show story. This is the type of story we pick apart in writing workshops because the bones aren’t bad but there’s no flesh on them.

For every character that’s introduced, we know nothing about their personalities, their wants, their desires, what motivates them. We truly have no idea what Hollis sees in the two love interests besides a crown and a set of pretty eyes. Nor do we know what they see in her besides perhaps her beauty.

Hollis is the epitome of a Mary Sue character. I hate saying that, because I certainly wasn’t expecting it, but she’s characterized as perfect and can do no wrong. The only time she is actually challenged is by a “friend” (more on that later).

Again, the bones of this story aren’t bad, I was never at a point that I wanted to set it aside, but I was constantly waiting for it to get better.

There are no consequences in this story. Even the big “twist” near the end lacked consequences because Hollis decides to essentially ignore that something so terrible could happen. She just … moves on … into the world of those responsible, even.

The writing in this felt as though Cass forgot to go back and flesh out specific parts. At one point, Hollis falls into a river and there’s no moment of interiority where she’s shocked by the temperature of the water, or worried about the current or scared – nothing you might expect from a moment like that. It. Just. Happens. And she’s pulled out of the water. That’s it.

Later in the story – two characters kiss and it’s the most underwhelming moment. There was nothing truly romantic if the seconds that led up to it. It came so completely out of left field that I had to reread the passage because I was worried I had missed some cue. In fact, there is no believable chemistry between the characters … again, it just happens and again, there’s no consequences.

And Hollis’ so called, friends? One chapter she’s singing one friend’s praises, talking of how she trusts them implicitly, while just a chapter or two later she’s concealing her plans from that friend because she doesn’t trust how the will react. For good reason, perhaps … because that friend is annoyingly selfish through much of the story.

The most compelling character in this story for me was Etan and he is a very, very minor side characters that we only see a handful of times. What makes him compelling? Well, he has an instant dislike for and distrust of Hollis, which only makes me want to know more about him (hey, I like broody jerks apparently, okay). It’s says a lot, I think, for his character to be the most multifaceted and interesting one of the bunch.

Lastly, could we not write gypsies into a fantasy story and then treat them as an underprivileged, inferior group only worth the ruling class’s disparaging and humorous remarks? With a fantasy novel, you have the ability to address real life issues in a conscious and meaningful way – let’s not use a real group, that has faced violent discrimination and hate for centuries, as our punch line.

Order The Betrothed from these booksellers 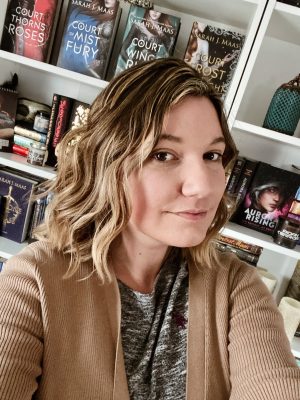